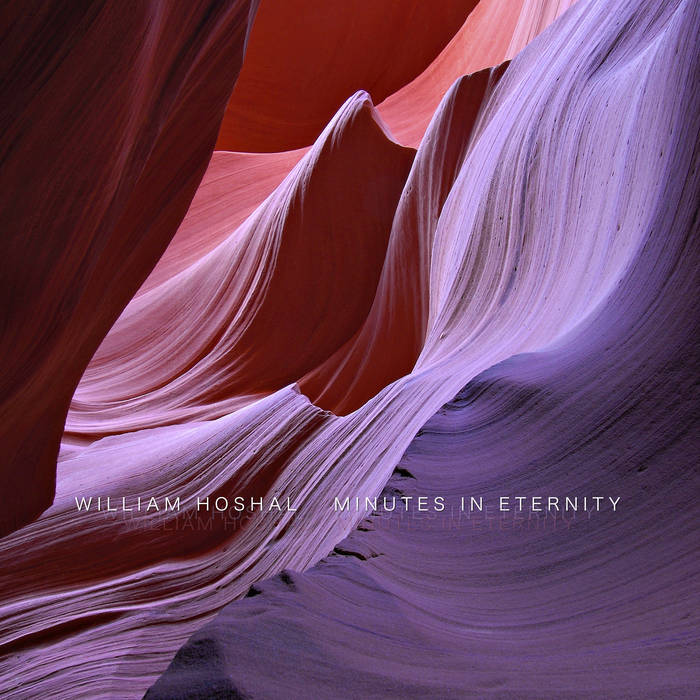 Studio 4632 is very honored to welcome to our label the incredibly gifted and diversified musical artist and composer, William Hoshal. With an amazing two track album, Minutes In Eternity!

Minutes In Eternity is an excellent album!! It is nearly 2 hours of pure musical enjoyment! I eagerly look forward to the second album from this amazing artist, arriving soon! ENJOY! FLOAT ON!

Track I, Night, is a lovely, hour long, immersion. A rich backdrop of synths, with an airy overlay of amazing piano. And with, at times, the smallest hint of tension; enough to make you wonder, and wander, and consider. There is mobility in even the quietest moments in life. Close the eyes and imagine; float through the night. To this incredible piece of music!

Track II is a delightful Berlin style synth composition. The restating sequencer is so representative of what day life, for many of us, represents! Motion, crowds, lights, traffic, the sometimes chaotic, routinized day, The ending is incredible, as the music gently winds down into night mode!
----------------------------------------------------------
"Composer, arranger, and performer William Hoshal* draws creative influence from the worlds he inhabits. Originally trained as an instrumentalist, his award-winning music has been featured in jazz festivals and on the concert stage both here and abroad.
A native of the Pacific Northwest, Williams' artistic roots began in the rich Portland, Oregon music scene and took him to the jazz and commercial worlds of the east coast. He relocated to the desert southwest where a lifelong fascination with indigenous music of all kinds and an interest to connect with his own distant heritage
ultimately led him to add the Native American flute and various world flutes to his musical lexicon. Influenced by jazz legends John Coltrane, Michael Brecker and Joe Henderson, as well as Native American musicians like Jim Pepper, John Rainier Jr., and Kevin Locke, he began incorporating the traditions of the native flute into the harmonic and rhythmic structures of jazz and contemporary classical music.
As a jazz and commercial musician, he has performed with artists such as Pat Metheny, The Brecker Brothers, Clark Terry, James Moody, Bob Mintzer, Michito Sanchez, Doc Severinson, Maureen McGovern, Celine Dion, and Lou Rawls."

All music composed, performed and produced by William Hoshal.
Front and banc album cover images by Kim Hoshal. Back cover is a bonus item.